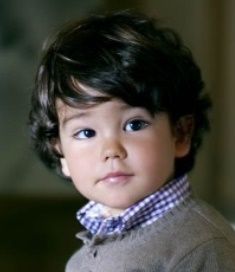 1.   The fact that men do not speak as openly about their emotions as women does not mean they do not wish to speak at all. Men just need the tools to communicate in their own way.

2.   Modern-day men have modern-day pressures that cannot be solved by thinking the way their fathers or grandfathers did.

4.   The fact that 80% of Australian psychologists are women is not necessarily a good thing for Australian men. This is in no way a slight against female psychologists. We could just do with some more men.

5.   Blokes do not give a damn about David Westgate’s “story”. They just want to know what I’ve learned and how they can avoid the same pitfalls.

6.   The more seriously I take myself, the less seriously men take me. A casual ‘chat’ achieves so much more than a formal presentation.

7.   If you joke to women about being an Old Fart – which I am – they will say kind things like, “No you’re not”. Say it to men and they will just nod in agreement.

8.   50% of men who take their lives have previously reached out for professional help*. It’s time to focus on changing the system, not just men.

9.   If you can’t help men understand that mental illness is not a weakness, you’re not going to get far.

10. We shouldn’t wait for males to become men before talking to them about their feelings.